National Car Covers has a wide variety of products to help you make your Jeep Wrangler stand out from the crowd. From covers to tonneaus and bikini tops, you are sure to find what you are looking for. 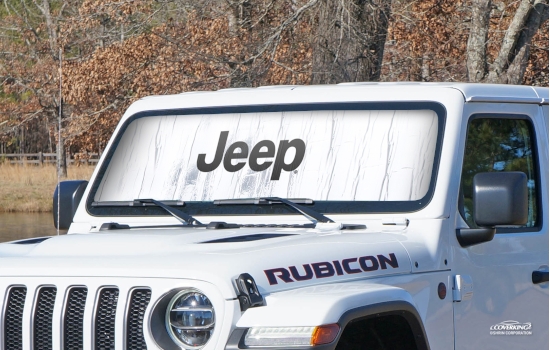 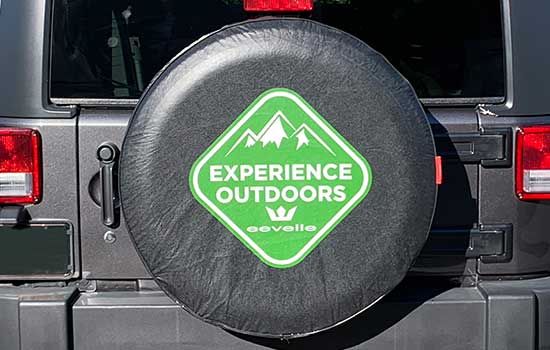 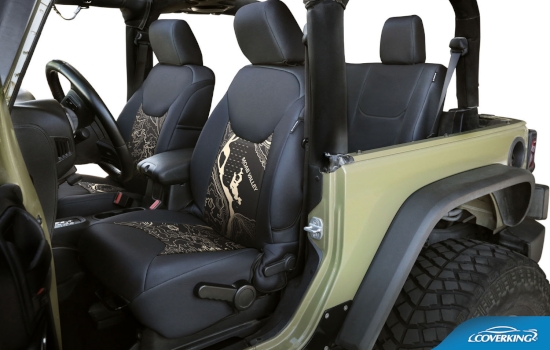 Whether you want to make your Jeep stand out from the crowd or just protect your investment, we have what it takes.

Our custom seat covers are available in numerous fabric choices, with an array of color options. Each custom seat cover is fabricated by hand in the USA according to a fully customized pattern and is guaranteed to match the rugged durability of your Jeep.

The Jeep Wrangler is the continuation of an iconic line of Jeep products that started with a military vehicle in the 1940s. Wrangler is a series of compact and mid-size four-wheel drive off-road vehicle models, manufactured by Jeep since 1986. Jeep Wrangler is currently in its fourth generation. The Wrangler JL was unveiled in late 2017 for the 2018 model year.

Similar to the Willys MB and the CJ Jeeps before it, all Wrangler models continue to use a separate body and frame, rigid live axles both front and rear, a tapering nose design with flared fenders, a fold-flat windshield, and can be driven without doors. Also, with few exceptions, they have part-time four-wheel drive systems, with the choice of high and low gearing, and standard are open bodies with removable hard- or soft-tops. However, the Wrangler series was specifically redesigned to be safer and more comfortable on-road, to attract more daily drivers, by upgrading its suspension, drivetrain, and interior, compared to the CJ line. The suspension on all Wranglers included trackbars and anti-roll bars, and, from the 1997 TJ onwards, front and rear coil springs instead of the previous leaf-springs.

From 2004 the Wrangler has been complemented with long-wheelbase versions, called Wrangler Unlimited. 2004-2006 models were longer versions with 2 doors. In 2004 only automatic transmission equipped “Unlimited” versions were sold. In 2005 both an automatic and manual 6-speed were offered. Since 2007, the long-wheelbase Wranglers were four-door models, offering over 20 inches more room. By mid 2017 the four-door models represented three quarters of all new Wranglers on the market.

Jeep Wrangler Models Through the Years

Visit Our Other National Cover Stores